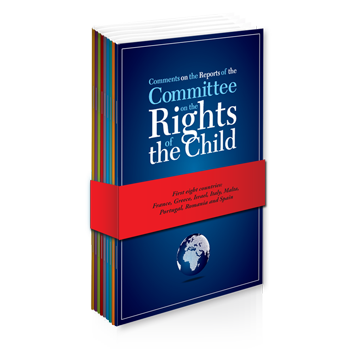 The Convention on the Rights of the Child is the instrument of Human Rights that has received more ratifications than any other in history.

The text, developed from the proposal set out in a preliminary paper presented by the Polish government to the United Nations Commission on Human Rights in 1978 and taking nearly a decade to produce, is structured in three main sections: the Preamble, containing the basic fundamental principals; the exposition, which defines the obligations of the participating states; and the implementation arrangements, which establish not only the conditions for the treaty?s entry into force, but also set out methods of verification and promotion of the compliance with the Convention. Under article 44 of the Convention, the mechanism for the guarantee of its compliance lies in the commitment acquired by the States to present to the Committee periodical reports regarding the measures they have adopted to give effect to the rights recognised in the Convention and the progress made in the evolution of children?s rights. This collective work of Comments on those State's reports is specifically directed at the in depth analysis of this last aspect, in the control mechanisms planned in the text itself to verify the progress achieved in the compliance of the obligations undertaken by the signatory states. Book 1 - Foreword
Book 2 - France
Book 3 - Greece
Book 4 - Israel
Book 5 - Italy
Book 6 - Malta
Book 7 - Portugal
Book 8 - Romania
Book 9 - Spain
Introducir comentario