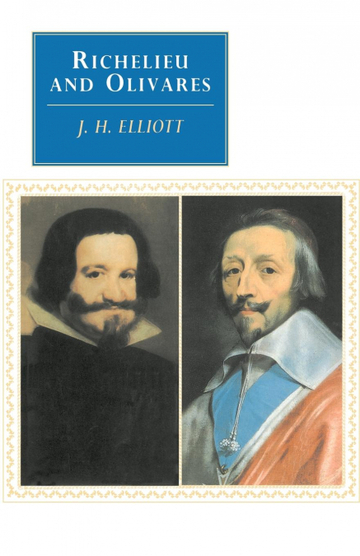 Cardinal Richelieu is one of the best known and most studied statesmen in European history; his Spanish contemporary and rival, the Count-Duke of Olivares, one of the least known. The contrasting historical fortunes of the two men reflect the outcome of the great struggle in seventeenth-century Europe between France and Spain: the triumph of France assured the fame of Richelieu, while Spain's failure condemned Olivares to historical neglect. This fascinating book by the distinguished historian J. H. Elliott argues that contemporaries, for whom Olivares was at least as important as Richelieu, shared none of posterity's certainty about the inevitability of that outcome. His absorbing comparative portrait of the two men, as personalities and as statesmen, through their policies and their mutual struggle, offers unique insights into seventeenth-century Europe and the nature of power and statesmanship.