The Legal History of European Integration 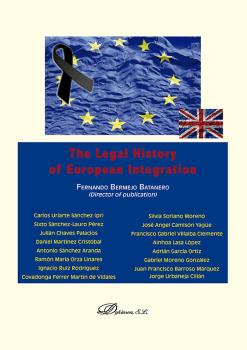 Professor Fernando Bermejo, the coordinator of this book, has had the magnificent idea, together with the rest of the professors who participate in this work, of bringing together in this manual the essential contents of the subject Legal History of European Integration, which is taught in various degree courses in our universities. The content is approached both in its political and legal nature in a serious and rigorous manner from a multidisciplinary approach in which professors from six Spanish public universities from three areas of Legal Science, namely, History of Law, Constitutional Law and International Public Law, participate. Furthermore, the text, which follows a chronological evolution and is divided into thirteen themes, is not only theoretical, but also includes a practical dimension that can be of great use to both teachers and students. After dealing with the different European integration projects, the birth of the current European Union, its historical process through the evolution of the different constituent treaties, source of primary law and the different enlargements of the Union unt